We help you decipher cosmetic ingredients

Our goal is to help you
consume less but better:

we favour fine ingredients for the skin. No more unwanted silicones, petrochemical oils, preservatives! Slow Cosmétique invites you to use only products with a clean formula and truthful marketing.

Here is a small topo of the most counterproductive ingredients in conventional cosmetics:

1Mineral oils:
Paraffinum liquidum, Cera microcristallina, Mineral Oil, Petrolatum, etc. Are derived from petrochemicals, schists ... These are inert fats for the skin that do not interact with it. These oils form a blocking film on the skin preventing water from evaporating. They have a disastrous ecological track record and are inexpensive for the manufacturer. Since they don’t provide much to the skin and are polluting, why use them?
2Fatty alcohols and solvants:
Methyl / Propyl / Caprylyl -alcohol, Cetyl alcohol, Stearyl alcohol ... etc. Stabilize and emulsify cosmetics. These synthetic ingredients can be irritating and polluting for the environment. They also have just about the same characteristics as mineral oils.
3Silicones:
Silicones end in -one or -oxane : dimethicone, cyclohexasiloxane... etc. Well tolerated by the skin, they provide softness and an extra "slide" to cosmetics. However, they do not feed the skin and especially, take hundreds of years to degrade! They are found in almost all rinse-off or unrinseable conventional cosmetics, including shampoos, shower gels, makeup… Dimethicone is an example of a silicone that is also a potential endocrine disrupter.
4Polymers:
PEG, PPG but also -cellulose, crosspolymer,polypropylene, X-polymer-X, X-vinyl-X, etc. These materials, sometimes plastic and sometimes petrochemical, possess nearly the same characteristics as silicones, bringing a touch of softness. They can also be used as emulsifier. They are obtained from polluting chemicals, using gases sometimes harmful for ethoxylated substances (locate the ending in -eth).
5Aluminium salts:
Prefixes and endings with - Aluminium - Antiperspirant agents and controversial subjects (carcinogenic?), even the ANSM (French authority for health) calls for monitoring and ordered further studies on these aluminium salts. They are also suspected of having an impact on the nervous system in the long term. Careful, inert alumina is not concerned and authorized namely as organic.
1Controversial preservatives:
BHT, EDTA, Phenoxyethanol, benzophenone, alcohol, -paraben, Quaternium 15, Quaternium 18, Polyquaternium 10, DMDM Hydantoin, Chlorphenesin, Diazolidinyl uurea, Methylisothiazolinone, etc. Preservatives are necessary for cosmetics containing water to avoid contamination and bacteriological growth and mould. Some preservatives are there to protect the formula from oxidation (benzophenone). They are accused of being rather irritating in the long term, sometimes polluting, sometimes potentially carcinogenic, and sometimes endocrine disrupting. Slow Cosmétique thinks many preservatives could be avoided if we changed our beauty rituals (solid shampoo and soaps instead of foaming gels, balms and oils instead of creams whenever possible, last minute preparations, etc.).
2Watch out for formaldehyde donors:
Formaldehyde is now listed as an allergen and carcinogen. It is regulated and very rare in cosmetics. But what about the ingredients that release formaldehyde, in contact with water (like DMDM Hydantoin…).
3Watch out for endocrine disrupters:
Increasingly suspected of having an impact on our hormonal and sexual health, among others.
Here are the worst of them:
– parabens, including methyl- propyl- ethyl- and butylparaben.
– phenoxyethanol
– triclosan and BHA, are preservatives
– synthetic UV filters: benzophenone, oxybenzone, and others
– phtalates, namely diethyl phthalate and names containing phthalic acid.
The name “Perfume” or “Fragrance” in the INCI list specifies a synthetic perfume possibly based on phtalates.
Many other ingredients should be listed here, unfortunately.
4Controversial dyes:
CI followed by a digit is a dye, natural or not. CI followed by 7 is normally a natural dye. But watch out, CI75470 is the code for red carmine for example... It is derived from the female mealybugs one has to kill to obtain the red pigment used in some lipsticks... Other dyes are known irritants or allergens. It is not easy to distinguish the acceptable dyes from others, so we limit a max because it is not useful in cosmetics except for makeup obviously but Slow Cosmétique supports 100% natural mineral makeup.
5Synthetic perfumes:
"Perfume" or "fragrance" in the INCI list often means a synthetic perfume! Natural fragrances based on essential oils are listed by the Latin name of the plants from which they are extracted. If the fragrance is organic, then the ingredient is written perfume* (* referring to ingredients from organic farming or certified organic).

Don’t be fooled by the big brand slogans and sooner scour the INCI list, it is your only key to
understanding the content of the product you are buying.

We are raising your awareness of Slow marketing! 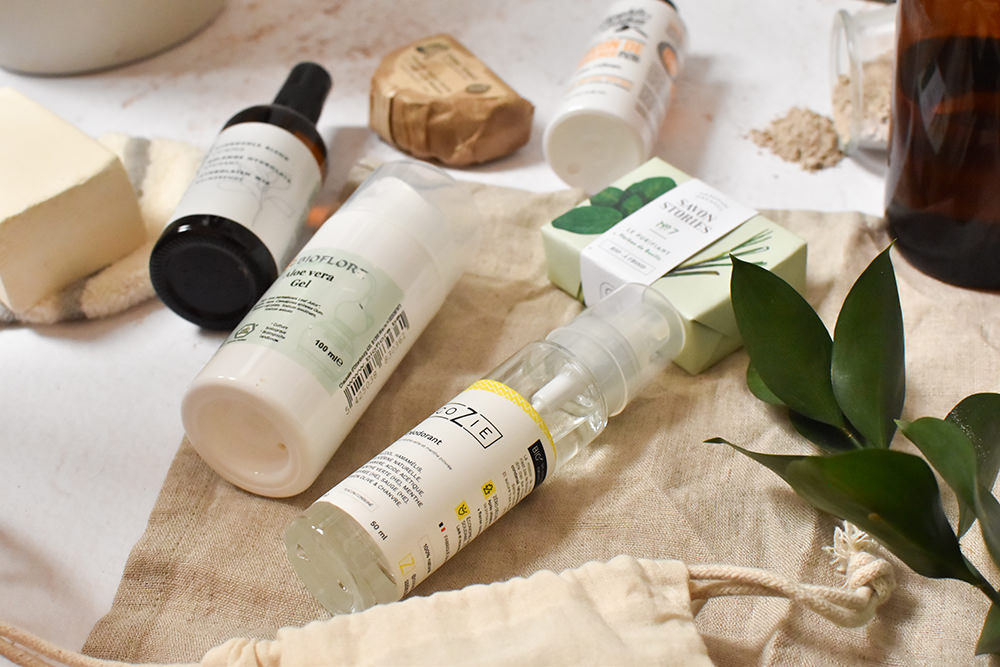 A company showing off plant extracts in its advertising but formulating with conventional ones is not Slow. This is greenwashing: posing a product made of petroleum "plastics" and synthetic chemistry as an eco-friendly or natural product.

Avoid brands showing off a plant or bio ingredient but whose list is not at least 98% natural (ie. made from natural ingredients only). A company whose formulas are really organic or bio, is all very well. But if this company “brings out” a new product every 3 months, or increases its product portfolio to sell you as much and more, it isn’t Slow. It is hard and fast marketing: we bring out a product to get a bigger market share, rather than meet a need.

Avoid brands, even organic, increasing reference products, always selling you the “novelty”, or implying you need this or that extra product because it is better.

Trust the brands with the Slow Cosmétique Award. It guarantees a clean formula AND truthful marketing.

Do your informed shopping on slow-cosmetique.com .